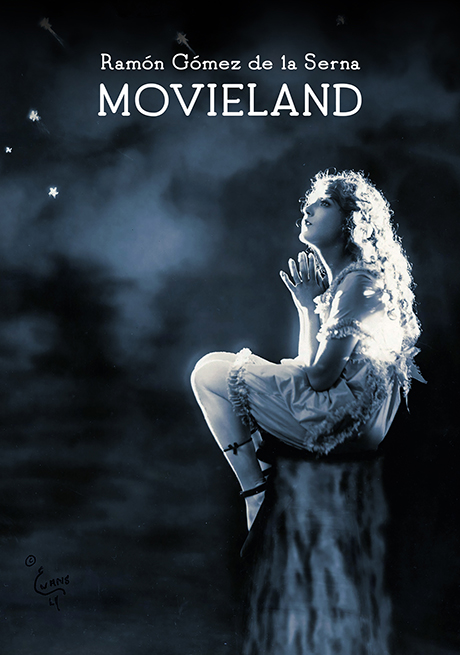 First-ever new edition of the 1930 English translation of proto-surrealist Ramón Gómez de la Serna's 1923 Spanish novel Cinélandia. According to translator Angel Flores, Movieland "deals with an ideal Hollywood, with a Hollywood more amazing, if that were possible, than the one we know."

"As a baroque and flippant literary antic . . . the novel is thoroughly satisfactory."
— New York Times

"For a man who has never been in Hollywood, not even the U.S.A., Ramón did well, uncommonly so, by the allegedly fictitious characters of his opus. Each chapter, almost each paragraph, is a complete sparkling little jewel in itself. Synthesized, they become equally sparkling, witty, cynical yet refreshing facets of a larger gem."
— Brooklyn Daily Eagle

"The charming thing about Movieland is not the subject matter, but Ramón's manner of expression. He has a style that is simple and artistic, a directness and an audacious frankness in matters that Americans have been inclined to prohibit from discussion as they today ban alcohol from festive drinks. . . . Movieland is not for general consumption and probably never will be popular. But it is delightfully written, and its interpretation into the English language is unusually well done."
— Sacramento Bee

"The book is a delightful picture of villains, heroes and beauties as the author seems to think they exist in the minds of Americans."
— South Bend Tribune