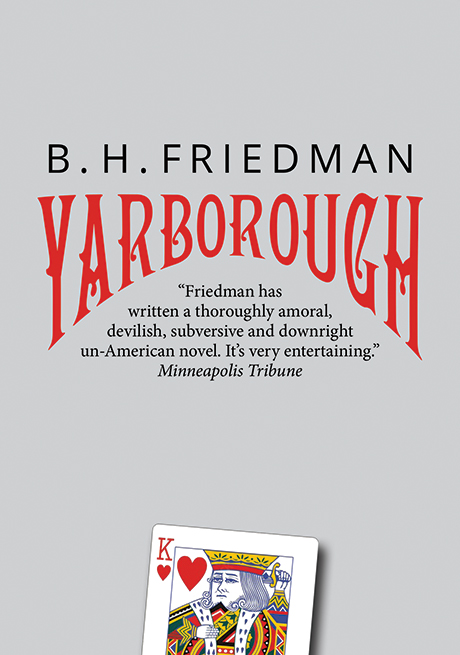 New edition of the 1964 debut novel by B. H. Friedman, author of the biography Jackson Pollock: Energy Made Visible (1972).

"One cannot say enough in praise of its intelligence, ingenuity, virtuosity . . . nor can one attack its sincerity, the cool authenticity of its half-comic, half-serious approach."
— The San Francisco Examiner, December 13, 1964

"Friedman writes well, but his material may not appeal to a wide audience. It's hip."
— Rapid City Journal, November 15, 1964